March 4, 2017 Company News
On November 20th 2010,the Monaco time,IAAF president Mr.Ramin Diack announce that Beijing,the Chinese capital win the 2015 hosting of the World Athletics Championships.This is the biggest and influential sport event after The 2008 Olympic Games,and this is also the prominence sport game in China.At that time,there are more than 2000 athletes from over 200 countries compete on 45 sport events. 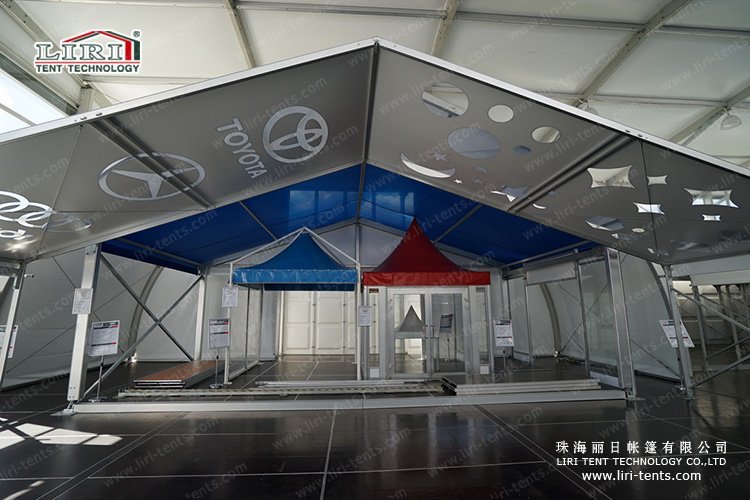 Various Patterns Creating Elegant Tents – CNC Numerical Control Engraving
Liri Structure is the 1st tents manufacturer who developed the CNC numerical control engraving technology in China,which can engrave various patterns in PVC covers. Besides digital printing and silk-screen,now LIRI also is able to provide this customized service of CNC numerical control engraving for clients. Different kinds of patterns are cut out in white PVC covers,then transparent PVC material is used to fill up the covers. The patterns can be your own brand LOGO,star,sun,moon and other simple patterns,even some complicated patterns can be engraved,such as flowers,portraits and so on.

Comparing with digital printing and silk-screen,although brilliant colors are not available for CNC numerical control engraving,but it looks more textured,more vital and cool. It will give people a feeling of peace and elegance when watching the projection of patterns on the ground; it also will make your guests be more pleased when they are looking through the transparent patterns to the sky at night,your advertisements can be presented inadvertently and more memorably. 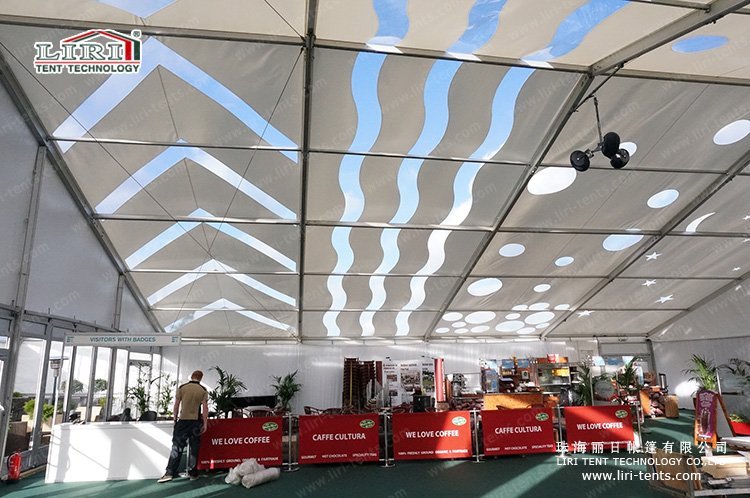 CNC numerical control engraving technology can not only make the exterior of tents more beautiful,but also increase the value of tents. Inside of your tents can be brighter because of this unique design,lights are unnecessary at daytime,additionally,you can enjoy the beauty stars and moon at night.
If you are longing for the fashion and individuation,CNC numerical control engraving technology will be your best choice.
Article Source: https://www.liri-structure.com/international-sporting-event-holds-beijing/
2020-08-17 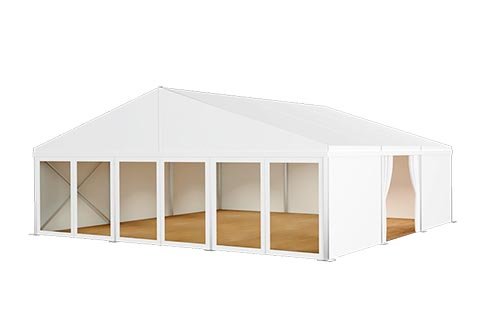